Key Cloud Security Challenges with Azure – What You Need to Know

The cyberthreat landscape continues to evolve rapidly. Organizations are resorting to modern security approaches that require a mix of collaborations, intelligence sharing and industry partnerships.

The cyber threat landscape continues to evolve rapidly. Organizations are resorting to modern security approaches that require a mix of collaborations, intelligence sharing and industry partnerships. Cloud service providers have become aware that security must be analyzed and seen as a team sport. They have therefore been working with the cloud security research community for identifying and mitigating potential issues prior to their impacts on customers.

Microsoft Azure, one of the largest cloud transformation and digital transformation enablers, has taken extreme measures for securing their clients’ data. The risks, which include lost data connections within the cloud or mismanagement by providers, have been reduced. This can be mainly attributed to advancements in technical knowhow along with improved industry standards & regulations for securing the data in the cloud.

Security Challenges Linked with Microsoft Azure and Ways to Tackle Them

From focusing highly on applications instead of infrastructure to including more customers with data that is inaccessible or private, here are some security challenges associated with Microsoft Azure.

The focus of Microsoft is undoubtedly more on Azure applications. This has changed the debate to be around APIs and SaaS more than building and migration of architecture. Azure implementations have some built-in security features. Organizations tend to turn to third-party vendors for more cloud security enhancements.

Firewall is Easy to Deploy, But Less Mature

The firewall offered by Azure is not as mature as the ones provided by traditional vendors. However, it does not require customers to toil on its deployment. The Azure firewall holds the benefit of immediate availability, eliminating the need for hefty configuration work. For firewall teams, the Azure tool is easy to get hands around and gain better control over the cloud security environment. However, traditional vendors have solutions that operate in the cloud with rich functionality.

Microsoft Azure has shifted its identity tools hosted on-premises to the cloud. Organizations typically tend to utilize active directory from any cloud access security broker (CASB) tool for protecting the identity information. However, in Azure, organizations end up banking on Microsoft’s identity tools.

It is recommended that organizations pursue an architecture, which not only bases itself on Microsoft’s identity features but also possesses separate authentication capabilities from CASB tools such as Bitglass. Provided that the user identity is known, CASB tools are unmatched when it comes to correlating different types of access occurrences across a server.

Organizations have benefitted from the Azure Security Center’s feature called ‘Just-in-Time’, which shuts the ports down while enabling virtual machines simultaneously. This feature decreases Azure’s susceptibility to common threat vectors such as remote desktop protocol-based attacks.

The key benefit of this feature is the additional protection layer provided to virtual machines. This feature must relieve the responsibility of security operations center around upgrading or patching tools. This, in turn will provide more time for concentrating on combating threats.

Azure has a robust reputation for being proprietary in nature. This has created another hurdle for organizations eyeing to leverage both – Azure environment and open-source tools. A solution to this is the adoption of Kubernetes.

Organizations that have embraced the Azure cloud journey are in a lucrative position to leverage the competency around containers. Shifting between cloud providers under such circumstances is difficult and expensive. Kubernetes makes it easier for organizations to plant eggs across multiple cloud environments.

Industry Collaboration is the Key to Combating Cloud Security Challenges

According to Microsoft, Industry collaborations and partnerships are core to cloud security strategies. By identifying & reporting vulnerabilities to Microsoft via coordinated vulnerability disclosure, researchers have continuously demonstrated that collaborations help to protect customers from any cyberattack. Microsoft has always been committed to making sure that Azure cloud remains protected from modern threats.

Azure was built with topline security from the beginning. Microsoft continuously works for helping its customers secure their cloud environment on Azure. This can be done with products such as Azure Security Centre and Azure Sentinel. If any situation arises, the security teams and Cloud Defense Operation Centre (CDOC) of Microsoft work around the clock for identifying, analyzing and responding to cyberattacks in real-time.

10 Key Azure Misconfigurations To Keep An Eye On 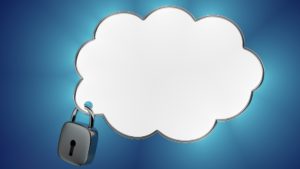 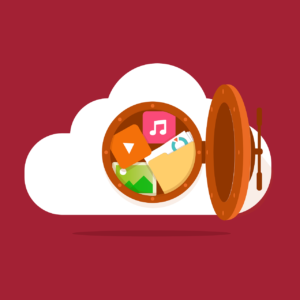 What Must Organizations Do To Strengthen Container Security?

10 Key Azure Misconfigurations To Keep An Eye On

What Must Organizations Do To Strengthen Container Security?

How Are Compliance Costs Lower Than That Of Non-Compliance